#175 Michael Hemmingson: He Is Not That Person 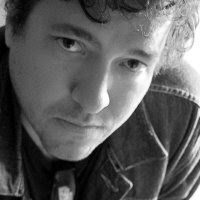 Michael Hemmingson was born in Los Angeles and his childhood was like a bad young adult novel—teen parents, his father missing the first 5 years before returning to marry his mother. When Michael was 11, he wrote a Star Wars novel, 300 pages in pencil. At 14, he had his first poem published. As a freshman, he was editor of the high school literary magazine. When he was a sophomore, he discovered drugs—LSD, pot. By 17, Michael had published 200 poems, a dozen stories, and his own zine, Another Fucken Review. By 18, he had published three chapbooks of poetry and flash fiction. Michael has had many painful relationships end badly. When he was 23, his girlfriend Trudi died in a car accident. She was 10-weeks pregnant and Michael fell apart after that. He couldn't get out of bed, couldn’t work, and found himself homeless. He lived in his car or in shelters. He did not care what happened to him. The person he was died with her. Michael is not that person. When he was 27, Michael published his first book (The Naughty Yard, Permeable Press). It changed his life and people in the literary community took him more seriously. Another thing that changed Michael’s life was leaving Los Angeles and then again going back home to chase Hollywood, which he wishes he hadn’t done. He was in love with a woman, though, an actress. He wishes that he would have realized the heartache there would be in that. He has been lied to, cheated, and screwed over by producers in Hollywood. Still, one of the best things in Michael’s life was making a feature film (The Watermelon, LightSong Films) in Los Angeles, having that experience that few get. Michael has left L.A. many times and returned many times. One time, Michael was a journalist in Rwanda, but he wishes that he hadn’t taken that assignment. He is still haunted by the thousands of dead bodies and the smell in summer heat. One particular image that sticks in his mind is a hungry albino black child sitting alone in the dirt and crying, and no one paying attention. People should pay attention. Michael has accomplished so much—screenplays, movies, journalism, editing books, ghost-writing books, writing his own books (all kinds—literary, erotica, biographies, ethnographies, etc.). Through 2008, Michael had published 48 books under his name, plus a dozen more under various pen names. In the next few years, Michael will publish many more books— some under new pen names and some under his own name (particularly his first collection of literary fiction and academic books on Carver, Hemingway, and Vollmann). Michael also plans to finish his biography of Carver, write a big literary novel, make a studio-budget movie, and write for a TV series that will last no fewer than 3 seasons. Further, he will buy a house and move into it with his two cats, Worf and Poe (who are the reincarnated cats he had 12 years ago, Surfette and ArtBell) and the family he has always wanted to have.

More Michael Hemmingson
Posted by Michael Kimball at 8:19 AM

Wow. Amazing. You can't make this stuff up.

I agree, FAF. And, Michael, yes, I wish that I could continually update, add, fill in, etc.

nice story . .you can visit us to read our real life story