#116 Michelle McGrane Will Love and Be Loved 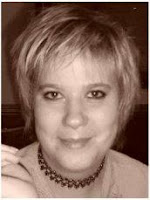 Michelle McGrane was born on August 23rd 1974 in Mutare, Zimbabwe. When she was 1, her family moved from Zimbabwe to Malawi, the warm heart of Africa, where Michelle spent an idyllic childhood—until 1989, when it was interrupted by a 6-month period in Tillsonburg, Ontario, Canada in 1982/83, during which she was 9 and fell in love with autumn leaves, Thanksgiving, Halloween, and snow. As a toddler, one afternoon Michelle was left alone to sleep but didn’t; instead, she painstakingly smeared everything in her bedroom—the walls, her bed, her teddy bear, herself—with Vaseline petroleum jelly from the giant pot on her changing table. She loved that slick, smooth feeling. When Michelle was 7, she wrote, illustrated, and covered with glitter her first book, a Christmas story. As a girl, Michelle idolized Princess Diana and thought she might become a princess or, maybe, a ballerina. Michelle would also take care of elephant hawk caterpillars, which have large false eyes and a single soft horn on their backs, until they would wander off into the garden to transform into moths. When she was 14, the family moved to Pietermaritzburg, South Africa, which was difficult—leaving childhood friends and family pets behind, going to a racially segregated high school, having to learn a new language, Afrikaans. In 1993/94, Michelle spent a year living and working in London where she survived on toast and never had enough sleep. Now, Michelle is a poet with two collections—Fireflies & Blazing Stars (2002) and Hybrid (2003). She reads so much that she can't imagine a world without books. Since the beginning of 2007, Michelle has lived in Johannesburg, and, for the rest of her life, she will read and write poetry. She will love and be loved. She will grow old gracefully. Michelle is doing everything in her life that she wants to do with her life.

More Michelle McGrane
Posted by Michael Kimball at 9:22 AM

Michelle is one of my favorite Facebbok friends/poets! I'm happy to see you feature her.

How fun to read about Michelle's childhood and the different places she has lived. An entertaining post about a wonderful writer.

Ya'll make me feel warm and fuzzy. Thank you, Michael, John and Christine.

You're one of my favorite facebook friends too, Michelle! Nice to see this postcard. Now I'll have to see some poems!

What a fantastic post! This was lovely to read.

Thanks, John and Christine. And, Michelle, of course. And, IES, yes, me too. And, Jo, thanks, it was lovely of Michelle to share her life.