I feel so lucky that BIG RAY has received so many great reviews:

The Boston Globe: “Distilled, intense … Fear and revulsion mingle with a kind of helpless love.”

Reader's Digest: “This plainspoken novel about a man coming to terms with his abusive father’s death sneaks up on you--and is unlike anything else you’ve read.”

Time Out Chicago: “Together, the fragments form a surprisingly enthralling portrait of an abusive father … a spellbinding and unflinching meditation on forgiveness, a novel that secures Kimball’s reputation as a literary innovator.”
Posted by Michael Kimball at 9:54 AM No comments:

I never expected any of my books to get covered at The New York Times, but there's a wonderful little review of BIG RAY there that says, in part: "Big Ray is a disgusting man and a great character. He’s dead at the start of the novel, and it’s impossible not to wish him deader. ... Mr. Kimball is not one to flinch, and this portrayal is the better for it."
Posted by Michael Kimball at 8:32 AM No comments:

Big Ray (the man and the book)

Jessica Anya Blau asked me some great questions about BIG RAY at the The Nervous Breakdown. We talk about the real man, the book, and why I don't forgive my father.
Posted by Michael Kimball at 8:02 AM No comments:

I wrote a piece about obesity in literature because the Huffington Post asked me too and because I just published a novel about a super obese father, BIG RAY. I grew up with an obese father and this was long before people were overweight like they are today. People weren't used to seeing people that big back then, so it was embarrassing to have a dad as big as mine was. The other kids made fun of him and they made fun of me because I was his son. I was flawed by my association to my father.
Posted by Michael Kimball at 11:03 AM No comments:

Blake Butler asked me some great questions about BIG RAY and I tried to answer them. The interview is up at Vice. Plus, Blake says this: "Somehow [BIG RAY] manages to be simultaneously Kimball’s most brutal and heartfelt and blackly hilarious book yet."
Posted by Michael Kimball at 1:03 PM No comments:

There's a super thoughtful review of BIG RAY from Ian F. King at the KGB Bar Lit Magazine, which says, in part: "BIG RAY's power is unquestionable."
Posted by Michael Kimball at 8:27 AM No comments:

BIG RAY is Book of the Week at Oprah.com

Thanks to Andrew Keating for the nice interview over at Cobalt Review.

And Big Ray is Book of the Week at Oprah.com. Oprah calls the novel "gorgeous." That's all I ever wanted.
Posted by Michael Kimball at 1:04 PM No comments:

The Next Best Book Club

The good Lori Hettler says all kinds of nice things about Big Ray and gives the novel five stars over at The Next Best Book Club.
Posted by Michael Kimball at 11:15 AM No comments:

There's a nice review of Big Ray in Publishers Weekly. It says, in part: "The book reads like a memoir, the entirely believable product of a son grappling with the death and life of his father. The narrator talks frankly of his estrangement and efforts to connect, the abuse he suffered and his mixed feelings; the obituary, he notes, listed those who preceded Ray in death and those who survived him. 'I’m one of the people who survived.'”
Posted by Michael Kimball at 5:27 PM No comments:

There's a super-thoughtful profile in the Urbanite's fiction issue. The wonderful Bret McCabe covers all of my books and then some. He says, in part: Big Ray is "part eulogy, part psychological retaliation, and an entirely devastating whole."
Posted by Michael Kimball at 5:16 PM No comments:

Shannon Sullivan was born in 1976 in California, then handed off to the parents who adopted her and raised her in the Santa Cruz Mountains of Northern California. Shannon’s first sport was ice skating. At 4, she won a gold medal and then she skated in Disney On Ice with the graceful Dorothy Hamill. After that, she was a tomboy—hiking in Yosemite, racing BMX bikes, riding motocross.

Growing up, Shannon was confused by why she felt so different from her parents. When Shannon was 9, her parents told her she was adopted, which infuriated her. She couldn’t understand why her biological parents would get rid of her. For a while, she wondered if she had been kidnapped and her adoptive parents were making up this cover story. When she was 12, Shannon’s parents showed her the adoption papers and she decided to find her biological parents. She wanted so badly to know what her biological mother looked like. In high school, Shannon earned 14 varsity letters and was inducted in to the Los Gatos High School Hall of Fame. Her adoptive parents were a great support system through school and all her sporting events. There was also an older woman who came to all her games, but Shannon didn’t know it was her biological grandmother until years later. Shannon went to Oklahoma State University on a full softball scholarship. She played shortstop and hit cleanup and played in the College World Series in 1998. Unfortunately, her playing career ended early when she became paralyzed diving for a fly ball. She remembers a flood of thoughts from I can’t bat next inning to Who will live with a paralyzed lesbian? Luckily, she was only paralyzed 4 hours, but it was heartbreaking to end her playing career like that. Shannon misses playing very much, but she returned to the team as a student assistant coach, which began her coaching days and fulfills some of her competitive needs. She graduated from OSU with a degree in physical education and now coaches high school softball.

In 2006, she played softball for Great Britain’s national softball team in the World Cup. Later that year, Shannon met Maggs through her ex-girlfriend. Shannon and Maggs became great friends and then they started dating. One day, they asked each other, "What are we doing?" Since then, they have been inseparable. Shannon and Maggs decided to get married while out to eat at their favorite restaurant. It was the happiest day of Shannon’s life. Surprisingly, Shannon hates working out. She can coach and train kids all day, but she always worked out to get better on the field. Now working out makes her angry that she can’t play anymore. Of course, she is damn sexy with muscles, but it’s still tough.
Posted by Michael Kimball at 10:52 PM 1 comment:

There's an excerpt from Big Ray in the June issue of Vice that also just went live.

Plus, Vice named the cover of Big Ray "Best Cover of the Month."

And there's a sweet mini-review of Big Ray from the wonderful Megan Boyle, which says, in part: "prepare to be utterly punished."
Posted by Michael Kimball at 11:17 AM 1 comment:

I Am a Providence

I have a new story called "I Am a Providence" in Moonshot #4. It's from that experimental bender I've been on for a while. Plus, there's great work by Victoria Redel, Terese Svoboda, Chloe Caldwell, and a ton of others.
Posted by Michael Kimball at 10:26 AM No comments: 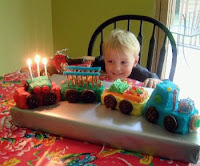 I'm going to be the final judge for the 2012 Caketrain Chapbook Competition. The deadline is October 1, 2012. I read the five finalists and pick two.

I've always liked reading the Wigleaf Top 50 for the huge range of original fiction it collects, so I was excited to be included on this year's list with two pieces: "Running," which originally appeared in Housefire and "The Circumstances of My Birth," which originally appeared in Tin House. Plus, there's great work by Steve Almond, Aimee Bender, Sherrie Flick, Sarah Rose Etter, Rachel B. Glaser, Curtis Smith, James O'Brien, Kristine Ong Muslim, Douglas Watson, and so many others.

Posted by Michael Kimball at 11:56 AM No comments:

There Isn't Anybody Expecting Me Anywhere Tomorrow 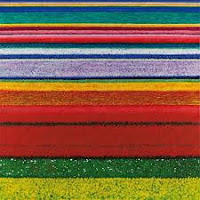 I have a new story in the spring issue of the Baltimore Review that's called There Isn't Anybody Expecting Me Anywhere Tomorrrow. Plus, there's a piece by my pal, Jen Michalski, in the same issue.

We Are Meant to Be Robots

There's a super nice review of Us up at Insatiable Booksluts. It says, in part: "I really loved this book. It’s a very quick read – I finished it in one day. The last stretch was in the breakroom at work, and I was blinking away tears. We’re not to show emotion at work. WE ARE MEANT TO BE ROBOTS. So my coworkers were not overly impressed with the crying. I passed it off as allergies. Yay for reading this in springtime! Excellent little book. Kimball’s great with emotion and realism and pain and the truth behind a lifetime of love. Highly recommended."
Posted by Michael Kimball at 9:41 AM No comments:

"Since reading Us, I wish most books were Us instead."

The human kindness that is Joseph Riippi is interviewed at The L Magazine where he is asked: "What have you read/watched/listened to/looked at/ate recently that will permanently change our readers' lives for the better?" And where he answers: "Always and forever, Running in the Family by Michael Ondaatje is a book to love. And Michael Kimball’s Us makes me cry each time. I wish I had written Us. Since reading Us, I wish most books were Us instead. I love Us so much. You should love Us, too."
Posted by Michael Kimball at 9:33 AM No comments: 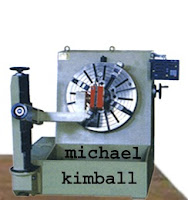 I first met Cynthia Gray through her Don't Give Up project and immediately became a distributor. We've been friends ever since and she recently asked me to be part of her collaborative Writing Machine, which I was excited to try. The way it worked: Cynthia would write a line and then I would write a line. We could rewrite, revise, add, cut, etc. as each of us thought best. By the end, I couldn't remember which parts started with me and which parts started with Cynthia, which was a new place for me to get to as a writer. The most fascinating part was writing a line and then watching Cynthia take the next line someplace I never would have thought.
Posted by Michael Kimball at 9:37 AM 1 comment:

Ilse Munro has a really nice write up about the postcard life story project for the Audacious Ideas series over at Little Patuxent Review. There are links to a bunch of my favorite postcard life stories over there at the right (scroll down).
Posted by Michael Kimball at 11:18 AM No comments:

There's a really thoughtful review of Us up at Literary Equations. The good Matt Rowan says, in part: "The novel is heartbreaking, crushing ... powerfully so. It's the good kind of crushing, too."
Posted by Michael Kimball at 12:21 PM No comments: