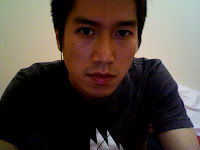 Tao Lin was born in Flagstaff, Arizona. He had a very busy childhood that involved practicing the piano a lot. When he was 5, Tao remembers writing little books and selling them to his mother for $0.50. When Tao was small, his neighbor had a rabbit farm and sold them for money. Being near that changed Tao, and, because of it, he talks less shit about people publicly and makes fewer grand pronouncements. Growing up, Tao played kickball and baseball and basketball in the neighborhood, but not at school. When he was 10, he was playing poker with his neighbor and bet his entire coin collection. The neighbor won and Tao picked up his coin collection and ran back to his house and locked the door. The neighbor knocked a lot and said things like this: "Just give me half. I won't be angry." Tao kept practicing the piano until he no longer owned a piano that worked. Then, at New York University, he studied journalism, but he would have studied creative writing if there had been a program. His sophomore year, he broke up with his girlfriend and it was after that that he decided to focus really hard on writing. After that, Tao wrote and published you are a little bit happier than I am (poetry), Bed (stories), Eeeee Eee Eeee (novel), and cognitive-behavioral therapy (poetry). As Tao has noted in interviews, his writing expresses crippling loneliness, severe depression, and the arbitrary nature of the universe. Also, Tao enjoys repeatedly looking at statcounter, salesrankexpress, facebook, myspace, gmail, and bloglines. When a number changes, he feels like something has happened. His job is to promote himself to ensure that money will come to him 2-3 years from now, and then even after that. Everything is just some thing that Tao does. It can be either good or bad depending on the way he thinks about it. Once, Tao thought about peeing in an empty FYXX energy drink bottle and selling it on eBay. Another time, after he ran out of money, Tao sold 10% shares of his second novel, Richard Yates (2010), to six different people for $2,000 per share. But he has not sold shares for Shoplifting from American Apparel (2009). He will never get another real job for the rest of his life. Tomorrow, Tao would like to eat only raw vegan foods.

"...Tao picked up his coin collection and ran back to his house and locked the door. The neighbor knocked a lot and said things like this: "Just give me half. I won't be angry."

H AH AHA HA HA I LOVE THIS. THIS MADE MY DAY.
NOW I THINK I MIGHT ACTUALLY BE A LITTLE HAPPIER THAN YOU BECAUSE I READ THIS (but only for a second, thanks Tao. Great material.)

the arbitrary nature of the universe

in the word of tao: