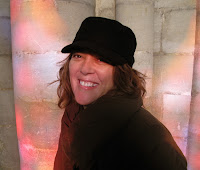 Hayley Jolene West was born in Melbourne, Australia to English-immigrant parents. Her last name, West, is new; her middle name, Jolene, she took from her sister. Hayley has some horse-whispering heritage, has broken wild horses, and loves the feeling of galloping on a horse. When she has 5, Hayley’s little sister died in a friend's swimming pool—after which, Hayley and her brother were forced to learn to swim like fish. But most of her childhood was fantastic. Her parents used to party at their friends’ houses, so she often got to stay up late with other kids. At first, Hayley was a rat-bag in primary school, cheated a lot, ran away every other weekend. Then she was sent to a different high school and became a straight-A student, at least for a while. Hayley’s first two years of University were spent drinking, seeing bands, and protesting. After that, she changed her major from languages and did an associate degree in furniture technology. At the same time, she was working three part-time jobs and saving, saving, saving. At 21, Hayley traveled Europe for a year with a friend and ran riot. Hayley’s loud laugh makes Hayley particularly Hayley. At 22, Hayley returned to Australia and lived in Hobart, Tasmania where she studied furniture design for a year—before moving back to Melbourne to be with her father who was dying of cancer. After he died, Hayley didn’t do much for a year. Eventually, she went back to school and studied sculpture at RMIT. Over the years, Hayley has worked lots of different jobs, including a few in the adult industry—a dodgy dating agency, a chat-line operator, a sex shop assistant. It is fascinating. After all that, Hayley left a boyfriend and left Melbourne. She moved far away to Darwin where she had never lived before and then things really changed for her. It is one of the best decisions she has ever made. She began to flourish as an artist and she met a man named Tobias at an art gallery where she worked. He is also an artist and would visit the gallery once a week. Hayley was always excited when he showed up. Over 2 years ago, Hayley’s mother died, also of cancer, and becoming an orphan as an adult changed how she feels about her self and family. In 2007, Tobias proposed to Hayley in Venice. In 2008, they got married on leap day and then honeymooned at an arts residency. They've been together 4 years now and Tobias calms Hayley down, especially in the build-up—a humid, grey-sky part of the year with no rain—when she can go a bit troppo (everybody goes slightly mad during this time—more suicides, more babies conceived, more angry emails). Hayley is so happy to have found Tobias and can’t wait to spend the rest of their lives being artists together.

More Hayley West
Posted by Michael Kimball at 10:08 AM