#288 Stephen Graham Jones: He Lived and Died by Def Leppard 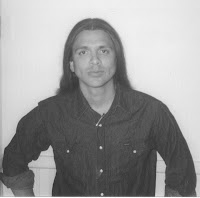 Stephen Graham Jones was born in Midland, Texas in 1972. As an infant, he got knocked out by a ceiling when a family friend threw him too high into the air and, before he was even one, he had more than 100 stitches in his face. Another time, the fire department had to be called to get his head unstuck from the highchair. It’s so easy to get hurt. When Stephen was 4, he got lost in Carlsbad Caverns and was found by this blond woman who said she could be his mom if he wanted. Before and after that, his childhood was dry and loud—with lots of pecans and lots of dogs and more stitches. 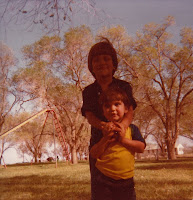 The family was always moving—always different houses and different schools and different situations. In school, teachers were always after him for something—the way he wore his t-shirts, the way his boots smelled from feeding, the way he smiled, sometimes his long hair. When Stephen was maybe 12, his dad came through town and dropped off a Remington 870, Stephen’s first gun. For days, he stood out in a cotton field trying to figure out how to shoot it. Around this time, his 7th grade teacher died—the last teacher to believe in him—and there weren't any others after that. By that point, Stephen was ready to blow holes in the world. Once, he had to have his tongue sewn back into his mouth. Another time, Stephen ate 14 hamburgers in a single sitting, but now he can't remember the last time he ate one. He used to drink tall glasses of water before meals just to feel full. One year, he grew 13 inches. In high school, Stephen only wanted to play basketball, but he got kicked off a team that went on to be state champions. He didn't study anything or do any homework. He doesn’t remember taking any tests. One semester, he had 81 truancies. 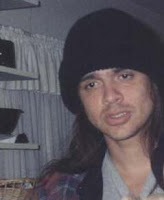 Once, he just sat on top of the school all day, but usually he played pool or worked on his truck or a friend's car. He raced his truck a lot. Sometimes, he went out shooting things. He lived and died by Def Leppard. Louis L’amour saved his life by giving him something to read and Hacky Sack saved his life by giving him something to focus on (and he still plays whenever he can). Eventually, Stephen received his diploma from an alternative school. Then he went to college even though he wasn’t supposed to. That’s where he met his wife, freshman year, at the edge of a parking lot, which changed his life. She was just who he’d been looking for and he still finds her every day. In 1991, Stephen ran a 5-minute mile while carrying a snake. For graduate school, he flipped a coin—philosophy or English. In 1994, in a jail cell, a guy named TJ saved his life. Stephen ended up with some brain damage to his visual cortex, but he’s all rewired now. Stephen started writing a month or two after that, when he could. 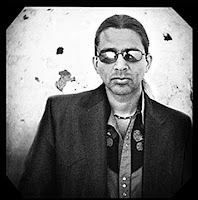 In 1996, he saw Scream and that reminded him of everything that he'd loved growing up and it made him realize that it could be that way again. Horror movies are worlds that make sense, contained systems where bad acts are punished and good acts rewarded. Now, Stephen and his wife have a couple of kids. His wife doesn’t need to read his books because she sees right through them to him. He still has a lot of dogs and he has a lot of knives. Stephen has always trusted knives (but not guns) and he cuts himself a few times with each new knife so they can get to know each other. 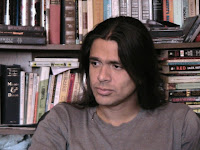 Stephen likes to wear boots, probably too much, and he likes to get lost. He likes his bikes, which he rides because basketball trashed his knees. Stephen wishes that he could meet his wife again for the first time and that he had every single moment of his kids' lives on a better Rolodex in his head.

Damn. I think I've got something in my eye. Dust. Allergies. Excellent work, Michael, excellent life (so far) SGJ.

Thanks, Richard. Stephen is amazing.

Just wanted to drop you a line. I've written an article concerning the best book/writing blogs on the web. I added yours to my article today.