#10 The Life of Zachariah Zebadiah Handler

His parents named him Zachariah Zebadiah, but most people knew him as the Miracle Baby, this because only weighed 1 pound, 11 ounces when he was born 3 1/2 months early. While still in the incubator, his father took the wedding ring off his finger and put it on ZZ’s wrist. His father doesn't know it, but this is one of the reasons ZZ survived. And it is one of the reasons they are so close today (though his father doesn't realize that either). Since his birth, ZZ has gained 193 pounds, an increase of over 100x his early birth size. And by surviving, ZZ has gained other powers, which he uses to perform his own miracles, this in his work with the deaf and the blind. 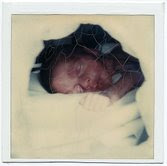 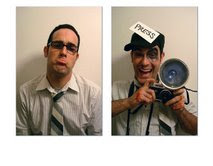 [Note: This is one of the first ones I wrote, when I was wriiting on the fly at the Transmodern Art Festival (see first post, down at the bottom there). They were a lot shorter in the beginning, though maybe more distilled. I'm glad that ZZ stayed in touch and sent in some family photos to go with his life story.]
Posted by Michael Kimball at 7:38 AM

It looks like zz has done very well. This is impressive.

What a nice place this is to visit.