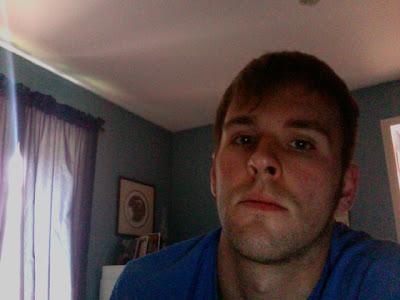 Blake Butler’s two older brothers were miscarriages. Blake was almost a miscarriage too. He was blue and not breathing. He scored 1 out of 10 on the Apgar scale, which is almost not alive, and lived under the lights in the ICU for days. When he went home, he was his mother’s miracle. Understandably, she was overprotective with Blake when he was an infant, but that turned into permissiveness as he grew older, which gave him a sense of freedom that continues to inform his writing today. By 4 years old, Blake was performing considered monologues, crazy dances, music videos, and both sides of talk shows. It’s all on video (his mother will show you, if you want). Despite these performances, Blake was a fat child by the 4th grade. He liked comic books and video games. By 10th grade, he weighed 250 pounds and felt disregarded. His bedroom walls were covered with pictures of women that he tore out of magazines at the grocery store. He started playing bass in a band and started to feel better. By 11th grade, he weighed 170 pounds and people were nicer to him. He lost all the weight for a girl named Jen. He thought his weight was the only thing keeping her from him. It wasn’t, but Blake stopped being shy and started talking to girls. He played in lots of different rock bands—15, eventually. The first time Blake was on stage, under the lights, it reminded him of when he was in the ICU. Eventually, writing replaced music, though Blake brought the rhythm of the bass with him to the page. Blake still thinks of himself as the fat kid and he writes to find out what is inside him. This is one explanation for his tremendous written output. Another explanation is his insomnia, which allows him more conscious hours than most people are allowed. Blake is never fully awake or fully asleep, though, and the normal often becomes strange. But Blake keeps giving us everything that is inside him. It’s not pounds, but it’s a different kind of weight.


More Blake Butler
Posted by Michael Kimball at 8:44 AM

Blake's is a really beautiful story -- making so much out of life.

Glad this exists, Michael. Glad Blake gave it his all from the beginning.
zo