#165 Renée E. D’Aoust: One of the Most Difficult Things that a Human Can Do 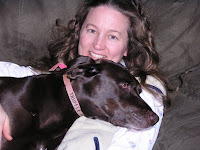 Renée E. D’Aoust was raised on Bainbridge Island in the Puget Sound, where it was so much fun growing up around her mother and her two older brothers. At school, Renée refused to play any sports and was sometimes called into the counselor’s office because of it. But Renée always wanted to be a ballet dancer, and, at 8, she signed herself up for ballet lessons, then studied ballet every day after that until she was 16. Renée regrets not attending the Royal Winnipeg School of Ballet summer school when she was 16, but is glad that she went to the American Academy of Dramatic Arts summer session in New York City instead—a precursor to her living there. At 21, Renée packed up her little car and moved from the Puget Sound area to Missoula, Montana, but it did not go well. She moved 8 times in 2 years and also broke her jaw in a terrible bicycle accident. But she also got a dance scholarship from the Montana Dance Arts Association and that’s how she moved to New York City to be a dancer, which was awesome. Renée spent most of her money on dance lessons and was mostly broke, so she walked everywhere to save money. She performed in little black box spaces and was almost always sore, exhausted. It was a blast, though, and the best part was knowing so many people doing so many incredible things. There was a great sense of possibility. After that, Renée went back to college, at Columbia University, and studied literature and writing (eventually getting an MFA in creative writing from Notre Dame). She wanted to create something that would last longer than dance. Years later, Renée went through one of the most difficult times in her life—when her brother, Ian (who had a Ph.D. in American history from Yale) died from multiple sclerosis. During this time, Renée lived with her parents again and helped them however she could. Renée still misses Ian so much. To face grief is one of the most difficult things that a human can do. The other thing you should know about Renée is that she is really nutty about dogs. Renée’s dog Truffle is a hound dog and she is writing a book about him. In fact, about 3 years ago, Renée swore off men and decided that she would live with a series of dogs, Truffle being the first, but then her graduate school roommate suggested that Renée meet a man named Daniele because he was unique, but in a different way than Renée was unique. But Renée did not want to meet Daniele because he was an electrical engineer who rode a bicycle and she had spent 5 years off-and-on with another electrical engineer who rode a bicycle. Now Renée and Daniele live part-time in Switzerland (his post-doctorate at a university there) and part-time in Idaho (where Renée teaches; she loves the returning adult students at North Idaho College). Renée loves that Daniele holds her hand when she gets scared on top of mountains and reminds her that her feet are on the ground. She thinks Truffle understands. Now Renée writes every day and she will keep writing no matter what. Also, often, Renée plants seedlings on her family’s forestland in Idaho, over 2,000 so far, and she wishes for every one of her trees to grow.

A Dance Review of Nicole Seiler

Theatrical Release
Posted by Michael Kimball at 8:05 AM

I'm glad it ended without her marrying the dog, because those umbrella people waiting out the gay storm would have a field day.

Grief is sad. But love is happy. At least here.