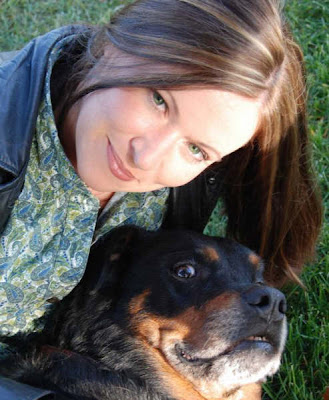 Shanti Perez grew up at the top of a mountain—without running water, electricity, or plumbing. When she was 8, she fell out of her grandpa's truck and she was out cold for a long time, but never went to the doctor. Shanti’s mother always wanted her to go away, so Shanti ran around in the woods—first with pigs and then with dogs. As a child, she was terrified of balloons and gym class. Her grandparents were like parents to her. One of her favorite toys growing up was a pond that her grandpa dug out with the backhoe. Shanti has always liked looking at tiny things, so she would set up her Breyer horses in front of a bush that resembled a full-sized tree, or a creek that resembled a raging river, and then photograph them so that she could see how real the scenery appeared to be in the photo. Shanti thinks in pictures. She knows where everything is located because she can picture everything. Sometimes Shanti blurts out random things in public, and she can have rigid expectations that make things difficult for those around her, but she completes every task with an amazing degree of thoroughness. When she was 14, her mother kicked her out of the house and Shanti traveled the homeless circuit. Nothing bad happened. A few years later, Shanti had two wonderful boys—Ki Song and K.C. Later, Shanti went to college where she studied anthropology, computers, and business (now she has an MFA in creative writing and an MA in management). Sometimes, college was difficult; to cope, Shanti kept her pet snake in her bra when she went to class. Around this time, Shanti met a boyfriend, a relationship that lasted 10 years. She didn't understand a lot about having a relationship then and thinks her boyfriend grew tired of trying to get close to her. Shanti still hasn’t recovered from that, but it was her two dogs, Lou and Greta, helped her to cope. Greta protected Shanti and sometimes when they sat on a hill together, Greta would lean into her and that was a great comfort. Now Shanti sees that decade-long relationship as a lesson and is grateful for it. Now she is with her boyfriend Phout, who sat behind her in 6th grade, who she is very attracted to, who accepts Shanti for who she is. With this relationship, Shanti also has two wonderful stepdaughters, Kia and Khay. Recently, Shanti was diagnosed with autistic disorder. Her family consisted of so many eccentric individuals that the autism went unnoticed until she was in her 30s. Now Shanti raises turkeys and chickens, plays with her rottweilers, hosts a show on blogtalkradio, writes fiction, reads, paints, studies hobo spiders and grizzly bears. Most days, she is ecstatic.

More Shanti Perez
Posted by Michael Kimball at 8:27 AM

Michael, you recently tagged me to say 7 things about myself. I'll post them for you here, close to my story.

2. I'm known by my young cousins as "the cousin who poked the beetle in the butt with a stick and made it scream."

3. I have a rooster who flies onto my shoulder when I snap my fingers.

4. I never thought I'd be fascinated with birds.

5. I'd like to apply for a writer's retreat some day.

6. I enjoyed reading Steven Toltz's A Fraction of the Whole.

7. I've ordered a gargantuan framed tarantula to display in my writing room.

This list is great. I have a cat who jumps onto my shoulder when I pat my shoulder, but a rooster is amazing.