#99 Jessica Anya Blau and The Summer of Naked Swim Parties 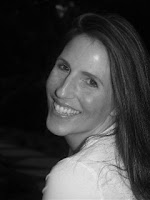 At 4, Jessica Anya Blau thought that kids were strange and had no friends her own age; she didn’t want to play Butts and Vaginas with them. Her best friend was a 70-year-old widow who let Jessica play with her sock monkey. At 5, Jessica fell in love with the 5-year-old boy who lived across the street after he told her that he was 25 years old. At 7, Jessica’s father’s job moved the family from Ann Arbor to Santa Barbara and they lived in a lemon orchard. This turned Jessica into a sunny California girl and she made lots of friends. As got older, she wore a bathing suit everywhere she went and had a deep tan that made her look like one giant freckle. Jessica studied French at Berkeley and gained a lot of weight without realizing it (she thought that the Laundromat was shrinking her clothes). She met her good-looking first husband at the college pub and they lived in a mansion that he was housesitting. They got married in a park in Berkeley and Jessica bought clothes for a department store. They moved to Toronto and Jessica couldn’t work in Canada (though she did some, illegally), so she started writing. She sent one story out to one place and it was accepted. Jessica kept writing. They got a dog, but Jessica had always wanted to be a mother. Jessica felt her body change and knew that she was pregnant. Her body kept changing until she felt huge, uncomfortable, ridiculous—and then her first daughter was born. There were marriage problems and Jessica applied to graduate school. She was accepted into the writing program at Johns Hopkins University and moved to Baltimore. Her first husband stayed in Toronto and that was how their marriage ended. Jessica loved Hopkins and writing and felt liberated. She met her second husband, the unbelievably wonderful David Grossbach, at Sam’s Bagels. He looked her up in the phone book after he got home and then they got married and then Jessica’s second daughter was born. After that, Jessica wrote and then published The Summer of Naked Swim Parties and felt, after all those years of writing, that she had finally made it. And she had. And everybody was happy that she had.

Jessica Anya Blau and The Summer of Naked Swim Parties
Posted by Michael Kimball at 10:04 AM

You forgot to say "The End." That's all this is missing.

Just wondering if there are published rules to the game of Butts and Vaginas.

A message from Jessica:

Hi Carolyn,
There were rules to Butts and Vaginas. It went like this: Girls showed their vaginas and boys showed their butts. I don't know why boys didn't have to show their penises. I think it was sort of a crack for crack situation.