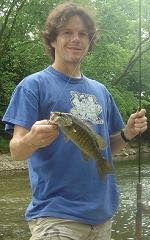 [Update #1: Sean Lovelace's chapbook How Some People Like Their Eggs is now available from Rose Metal Press.]

[Update #2: Sean is now the head editor for The Broken Plate, so, you know, send him something.]
Posted by Michael Kimball at 9:43 AM

Labels: How Some People Like Their Eggs, Rose Metal Press, Sean Lovelace, The Broken Plate