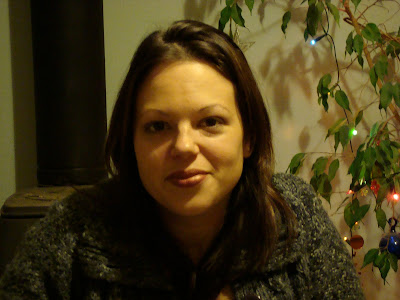 Julie was born in September 1981 in Paignton, Devon. Coming after an older brother, she completed the traditional 2.4 children family. She had a hip disorder and spent quite a lot of time in hospital as a young child. She felt like the ‘black sheep’ growing up. She was too independent, had too much of her own voice. She went to school and didn’t play enough. She was too busy working hard and took life too seriously. She thinks she still does. She wishes she’d loosened up. This is something she still has to remind herself to do. In 1998, she left school and entered a Karate competition. She got beaten up, but her confidence got a huge boost. However, it caused concussional brain trauma, which has caused her to suffer vertigo ever since. Every few months she gets the dizziness; it’s like travel sickness. She was prone to anxiety attacks even before that; they’ve got a lot worse since. She had a period of agoraphobia when she couldn’t leave the house for months. These days she accepts her condition. It allows her to be at home and write. At eighteen, Julie met the boyfriend she was with for five years. He cheated on her for two of those. He bought them the same presents, exactly, and his parents knew about them both. She still can’t believe it. It was a steep learning curve. Then she met her husband. She’d known him for a few years before they got together. Opposites attract. He was a hippy, wanting to lose control. She needed to be in control. They got married on a freezing day in March 2006. He was seventeen years older than her. But that wasn’t the problem. Cannabis was the problem. He was in a different world a lot of the time. Then she noticed on the phone bill that he’d been in touch with an ex-girlfriend—a lot. They co-habited for a while, as neither of them wanted to let go of the house they loved. In the end, she kicked him out. At that time, a thirteen-year-old friend, Kimberley, who had possibly been abused by her father, came to stay with her and didn’t leave. Julie became a foster parent. They moved into a new house together. They needed each other. Julie had nothing, not even a sofa. She home-schooled Kim, because she was having problems with school. She had no time for herself. It was very intense. On the second day in the new house, her next door neighbour, Will, came round with his daughter Jessica and a cup of sugar. She told him she wasn’t interested, but he eventually won her round with good old-fashioned romance. They got together in October 2008. That December Kimberley moved out. In May this year, Julie had a miscarriage, but now she’s pregnant again, and getting married in June. She’s proud that she’s warrior-ed her way through many hard times. She’s come out the other side and now she’s back on track.

[See Part I of Bridget Holding's essay on the therapeutic benefits of writing your life story. This is part 1 of an article, of what will be a series on ‘The Psychology of Writing.’ Please contact Bridget Holding if you are interested in knowing more (bridgetholding [at] madasafish [dot] com).]
Posted by Michael Kimball at 8:47 AM