#53: The Healing Powers of Joy Leftow 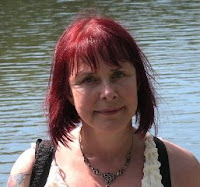 Joy Leftow was born to a creative family in NYC and because of this, in part, grew up in extreme poverty. She slept with her mom and two sisters in one bedroom, while her dad and brother slept in the living room. She had two blouses, one skirt, and shoes with holes in them. The family had a radio, but never a TV. There were more problems than poverty, though. Her dad was crazy and often exposed himself to Joy and her two sisters. Her mom had cancer, but, thankfully, survived. Years later, her dad attacked the doctor who saved her mother’s life because her dad imagined they were having an affair, which led to him being hospitalized at Bellevue. Joy wrote her first poem, about snowflakes, at 4 years old, and then wrote many more poems and stories during her young life—everything was fantasy then. She stopped writing in the sixth grade, though, and started acting out, cutting school and smoking cigarettes. She dropped out of high school and married a drug dealer, but the marriage failed and the drug dealer went to prison. During these difficult years, Joy began keeping diaries—nothing was fantasy then—and now is widely published writer. After her now ex-husband went to prison, Joy went back home to live in the same neighborhood where she grew up. Things are much better now. She went back to school at Columbia and now has two masters degrees, one of which is in social work, because Joy is a healer, of herself and of other people. How else could she have survived?


More Joy
Posted by Michael Kimball at 6:49 AM